To compare the accuracy of the projections, we will use various metrics including:

Note: MAPE was unable to be calculated for FantasyPros and the average because of values of zero in the series (for a discussion on this topic and for reasons to prefer MASE to the other error metrics, see here).

Here is how the projections ranked when focusing on R-squared and MASE:

Here is a scatterplot of the FantasyPros projections in relation to the actual points scored: 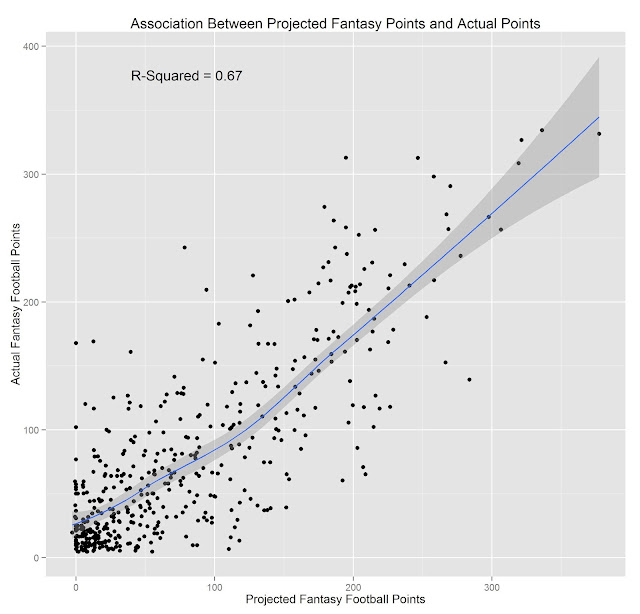