In this post, I calculate the expected fantasy points scored by players based on their position and position rank.  This post is modeled after a post by Chase Stuart (see here and here), where he calculated players’ expected fantasy points as a function of historical performance for each position and position rank.  For my fantasy football auction draft optimizer tool in Shiny, see here.

How the Expected Points were Calculated

The plots below show the expected fantasy points for each position and position rank with the best-fitting line overlaid. 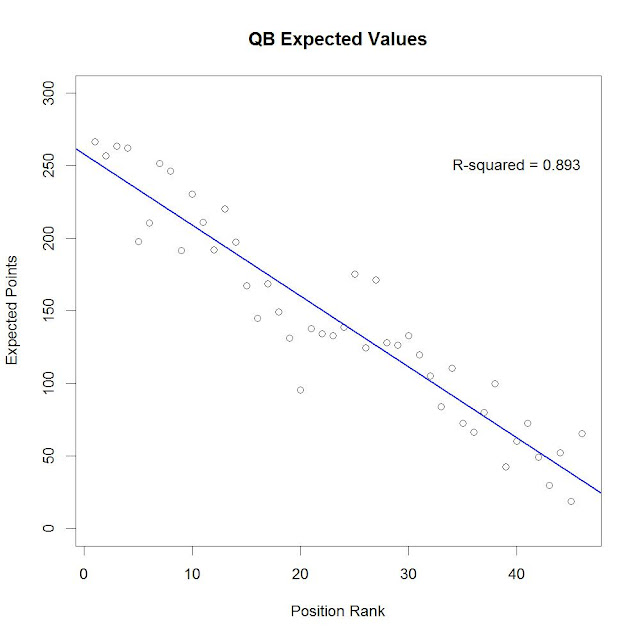 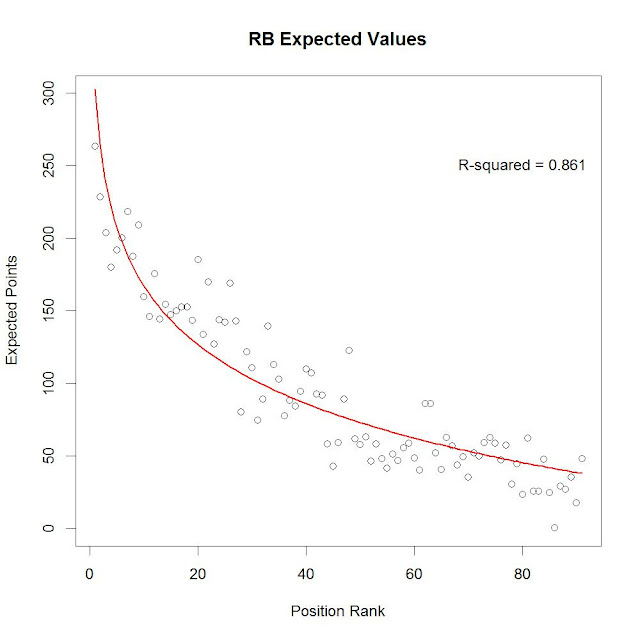 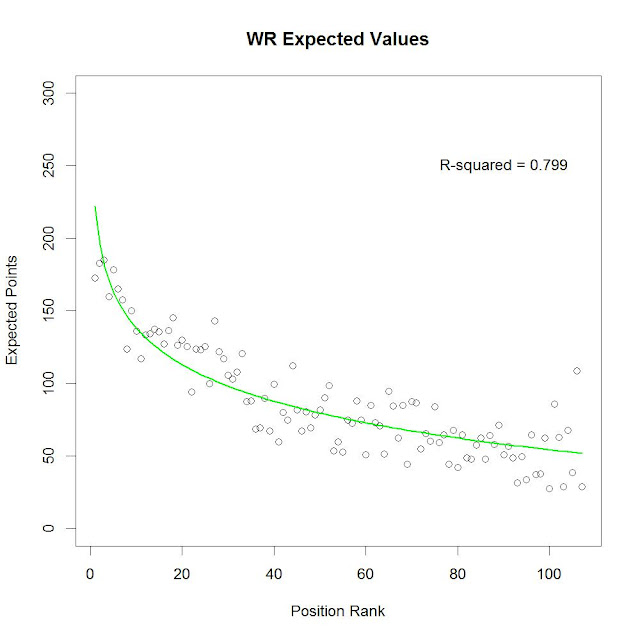 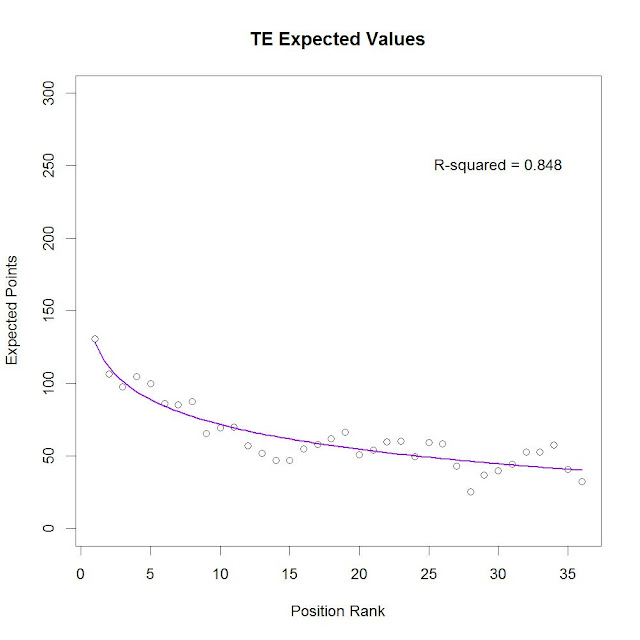 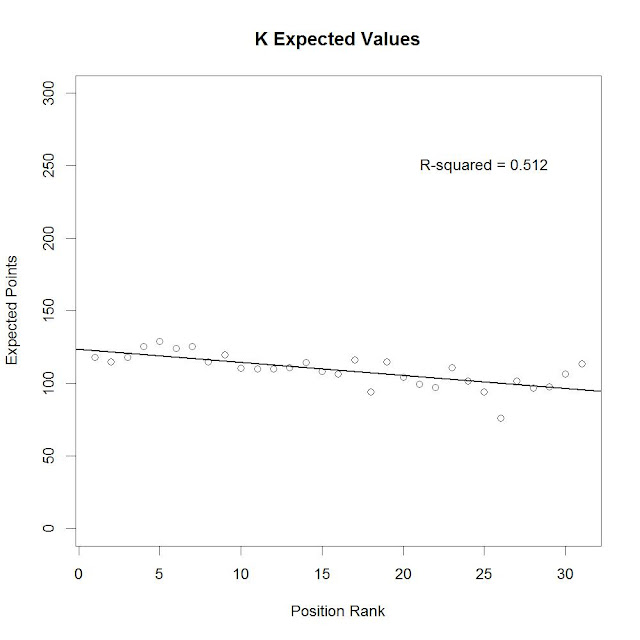 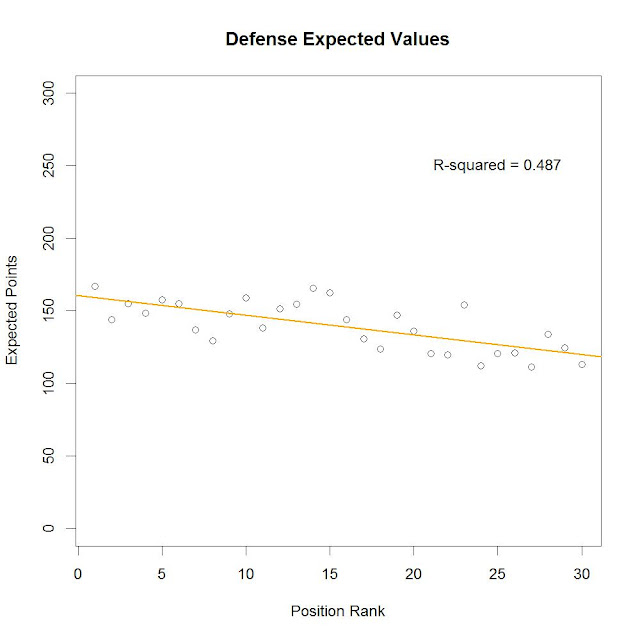 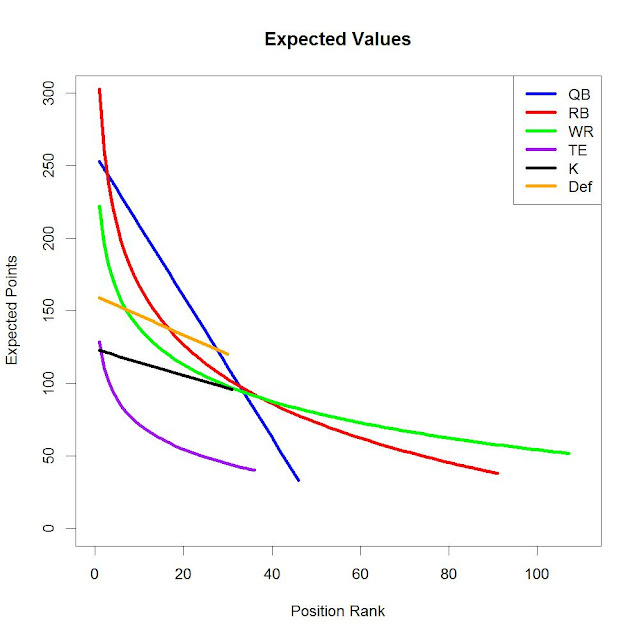 This plot of expected fantasy points by position and position rank shows several patterns.  First, some positions show dramatic decreases in expected value after just a few picks, including running backs, wide receivers, and tight ends.  Because of their steep early decreases in expected value and high predictability in within-position variations in fantasy points, I recommend drafting RBs, WRs, and TEs with your earliest picks.  Quarterbacks, on the other hand, show relatively stable (linear) decreases with a fairly steep slope.  Because the dropoff is consistent, you are generally safer to wait to draft QBs after the earliest RBs, WRs, and TEs are off the board.  Other positions, such as kickers and defense, show relatively flat levels of expected value.  Because variations in kickers and defenses are less predictable, you would generally be better off drafting them last.  The finding that kickers are fairly unpredictable suggests that you might be better off projecting kickers’ performance based on the strength of the team’s offense instead.

In conclusion, based on historical data from 1999 to 2012:
Here are my suggestions based on these findings:
Share