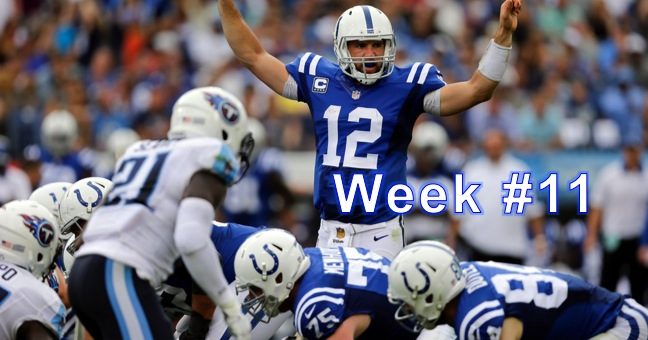 “I have the Vikings defense (great defense) vs. David Johnson (great RB) on the same team and they’re playing each other this week. My question is, do you start your own defense against your RB1? Thanks!”

With 1’s along the diagonal and identical upper/lower triangles that repeat the correlations between all other two variables combinations.

Not only can correlation help explain the phenomenon of playing an opposing defense to one of your players, but it can also explain stacking, which is the idea of having two players of the same team to reap the benefits of correlation amongst them. I am currently in the process of gathering the data to create a correlation matrix that will include the standard scoring league variables of QB, RB, WR1, WR2, TE, K, D/ST, and Opposing D/ST. Be on the lookout for that large analysis next week.

Back to the answer of msh3rrodd’s question though:

Not only should a league-wide correlation between RB and Opposing D/ST be looked at, but also the Arizona Cardinals correlations individually.

Opposing D/ST’s have respectfully scored 3, -5, 21, 13, 2, -2, 9, 18, 7 (ESPN) points against the Cardinals. The average of those scores is 7.33, which is greater than the league average of 5.48; therefore playing a defense, especially a good one like the Vikings against the Cardinals would typically be a good decision other factors aside. David Johnson’s correlation against opposing defenses is (-.369). To my surprise, this number was approximately average for this type of variable interaction league-wide. It appears that the play of Carson Palmer (-.438) and Larry Fitzgerald (-.447) greater dictate how many points a defense will score against the Cardinals and vise versa. My analysis is that if David Johnson has a good game, he is sure to limit the Vikings Defense and if the most amount of possible points scored is your goal, than it might be best to stream a defense. On the other hand, David Johnson has no greater effect on how much an opposing defense is able to score than any average starting RB in the league. Even if Johnson has a good game, the Vikings D/ST can still put up a “good” number so long as Carson Palmer and Larry Fitzgerald do not also excel. To me, this decision comes down to the alternative options at D/ST and how one projects Carson Palmer/Larry Fitzgerald to do.

The Titans began the year as one of the better pass-defense defenses, but have since forth declined to 27th in the league. Luck finally has all of his weapons healthy and is poised for a strong performance in this important division battle. The Vegas Over/Under for this game is 53; this mark is considered extremely high compared to the average this season of about 45. The larger mark is an indicator that this game should be high scoring filled with fantasy successes.

Christian Michael has been cut this past week in anticipation of Thomas Rawls’ return. The transaction also indicated that the Seahawks had confidence in what they saw out of C.J. Prosise. Later on in the week, it was announced that Prosise will start and do not expect this to be a Ryan Mathews/Darren Sproles situation with Pete Carroll at Coach. Carroll likes to stick with one back and will likely do so going forward with one of these two. It’s more likely Rawls long-term but given the “starter” status and value of Prosise he’s the better play this week.

This is a super deep sleeper pick, but like Tyreek Hill last week, he can help you pick surrounding expensive players in daily fantasy, and provide a speculative flex start in deep standard leagues. After least week’s defeat, the Patriots are sure to come out guns blazing against the terrible 49ers’ defense. Brady will be missing two of his favorite targets this season, Rob Gronkowski and Chris Hogan. If Brady continues his historic % of passing plays vs. % of running plays in this contest, then multiple receivers will be the beneficiaries. Given this, why not next-in-line Danny Amendola?