To compare the accuracy of the projections, I use the following metrics:

The results are in the table below.  The rows represent the different sources of predictions (e.g., ESPN, CBS) and the columns represent the different measures of accuracy for the last two years and the average across years.  The “average” variable represents the mean of projections from ESPN, CBS, NFL.com, and FantasyPros.  The “latent” variable represents the common variance among projections from ESPN, CBS, NFL.com, and FantasyPros.  The source with the best measure for each metric is in blue.
Here is how the projections ranked over the last two years:

Here is a scatterplot of the FantasyPros projections in relation to players’ actual fantasy points scored in 2013: 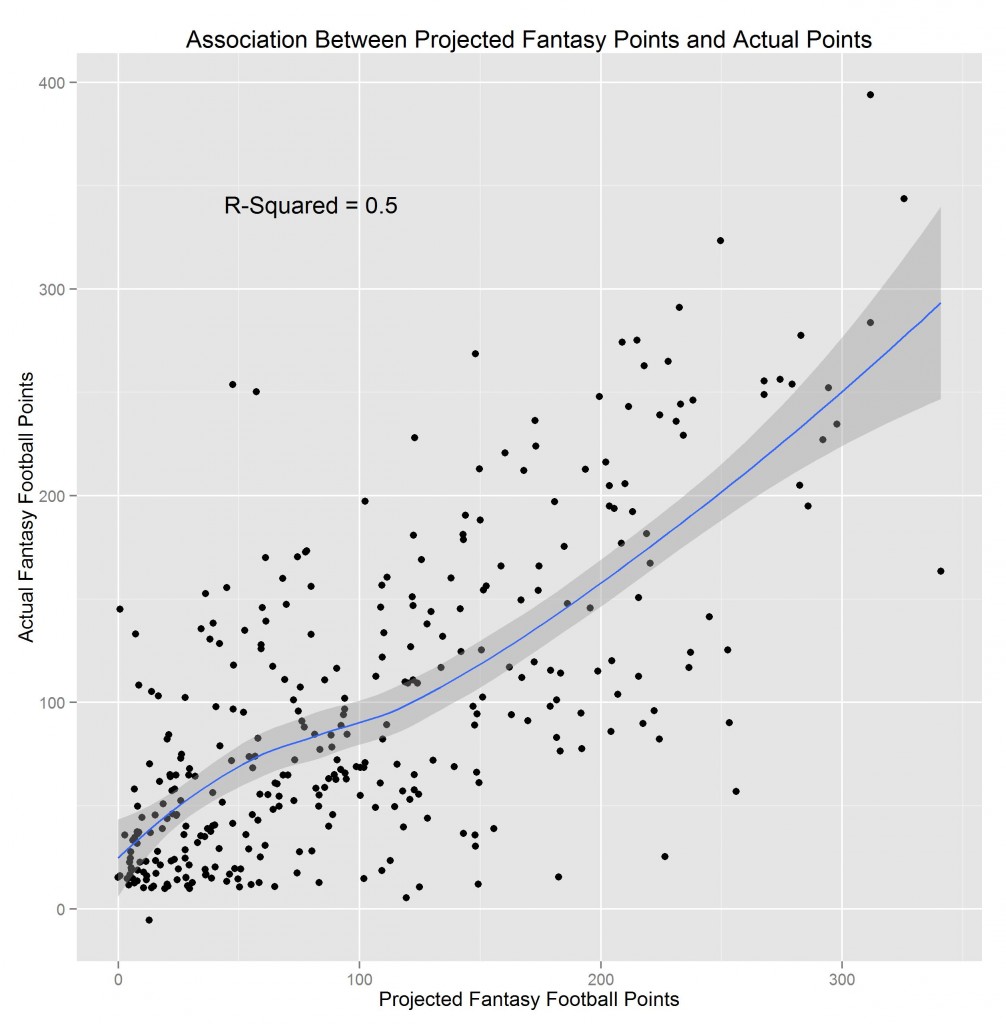 The next chart depicts the performance of the same funds in the same order over the subsequent 5 years (1996 to 2000). In other words, the best funds from 1991-1995 weren’t necessarily the best funds from 1996-2000.  That’s likely why a cat beat investors in a stock market challenge.  This suggests that mutual fund managers differ in great part because of luck or chance rather than reliable skill.  Although our sample size is much smaller with fantasy football projections, there appears to be little consistency in fantasy football sites’ rank-order in accuracy over time.