For those of you who start out your season and find yourself at the bottom of the standings, and/or failing to keep up on total points, here are some recommendations for you to turn that ship around quickly.

Most people have a hard time trading away their first round draft pick, but many seasons this can be the recipe to get some depth and consistency on your roster to make that playoff push.

What does this mean? Trade your best player for two good players.

This generally means trading a RB (Foster, Rice, Spiller, Mccoy, Charles) and in exchange you’re looking to get a lower tier RB back, and a player who you see as being a solid Flex (a receiver who gets a lot of targets or a RB who is struggling).

Although it sounds intimidating, your weekly points will increase and give you a better opportunity to get back into the playoff hunt.

Going back to the QB theory, if you are one of the teams that drafted a QB high and are slim at your other positions, I STRONGLY encourage you to trade your QB away. The week by week point differential will not be as severe as you may think. Yes, your Peyton’s, Brees’, and Rodgers’ are going to have huge weeks, but on average you will help yourself by adding depth or fulfilling a weakness on your starting roster.

Just to give a idea, what I am suggesting is:

For those of you not struggling and look like a safe bet to make the playoffs you also need to keep your eye open for trades. I might sound crazy, but you need to start looking at playoff weeks and seeing if your studs are potentially going to be resting those weeks. Obviously, in order to win your leagues you need players who are going to play and that are not on teams that are looking like 15-1, 14-2 teams (Broncos, Patriots, Seahawks, Saints). Also, look to see who has a easy schedule at the end of the year during playoff weeks (Carolina, Chicago, Detroit).

This is a great chance to get ahead of your league. Trade for players that’s team will be on the borderline of making the playoffs. Look at the future and make sure your not one of the guys who was in first all regular season and get hammered in the playoffs for these reasons.

Trading is key to fantasy football championships. Always keep your eye on buy low candidates and looking to add depth to your team. Not only will this help you immediately, but when the playoffs start you want to be able to have options for starters.

Keep your mind open and don’t let your 1st round draft pick hold you back from making a blockbuster deal. 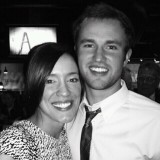