In a typical regression model, the goal is to generalize the results to a broader population.  If you add too many parameters to the model, you may over-fit the data by modeling error.  This over-fitting model would not predict well in a new data set (i.e., cross-validation).  In the current context, on the other hand, we have the auction values for the this season’s players and don’t want to generalize to a different set of players.  As a result, we want to model the auction values as accurately as possible, and are willing to add parameters to do so.

To fit an accurate multilevel model examining how auction values differ by league size, I included four predictors and their interactions:

Here’s the model statement using the lme() function from the nlme package in R: 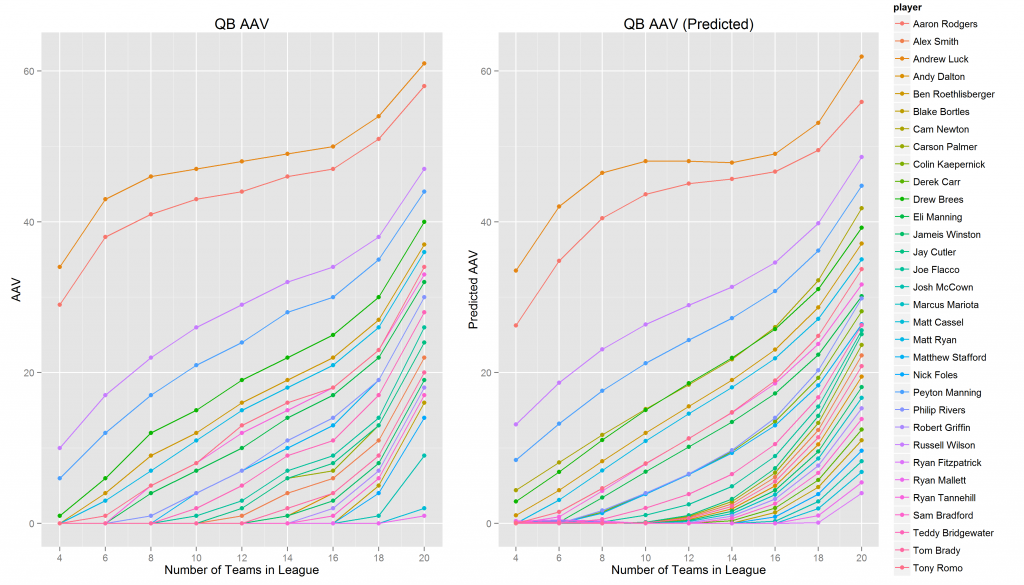 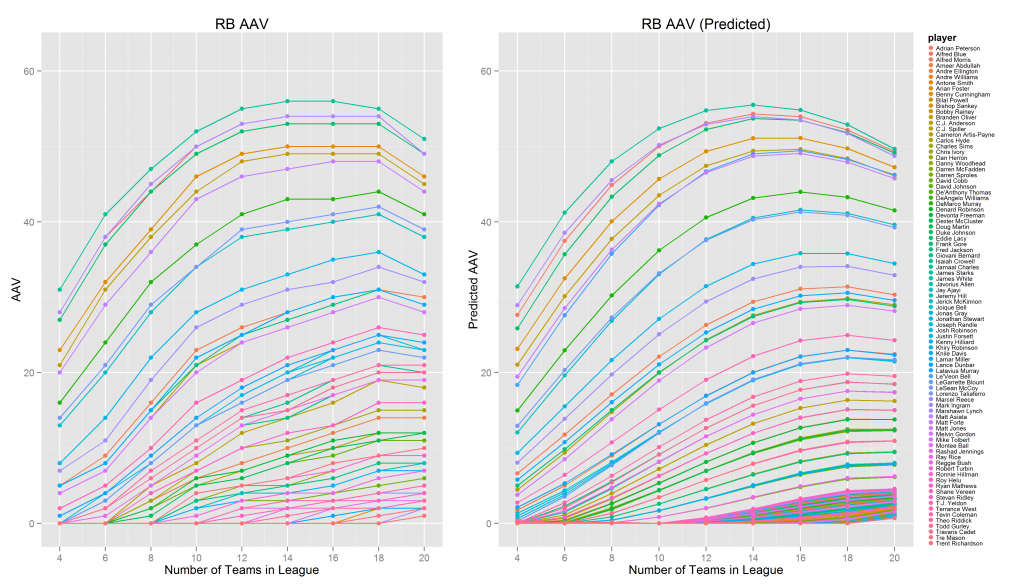 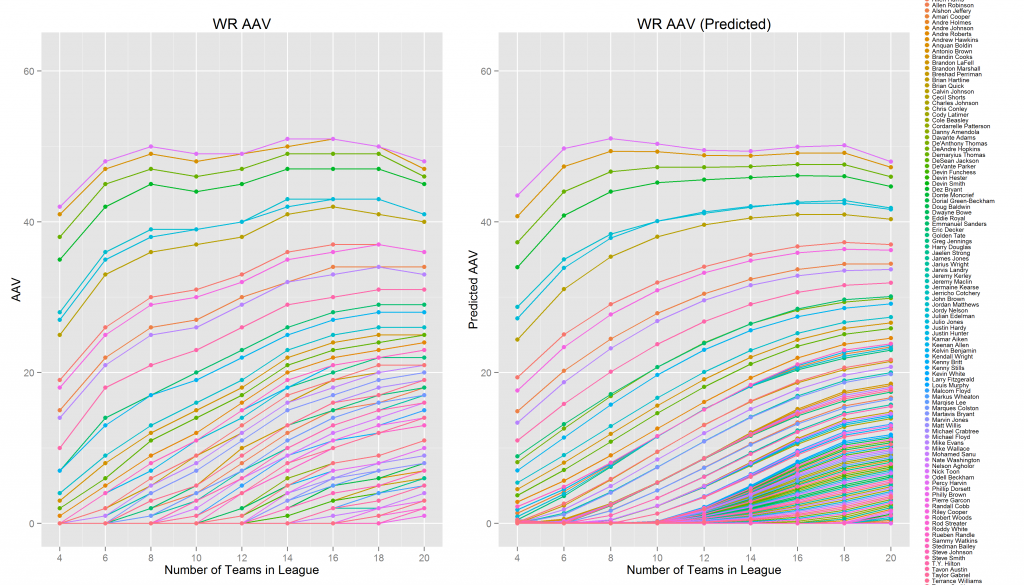 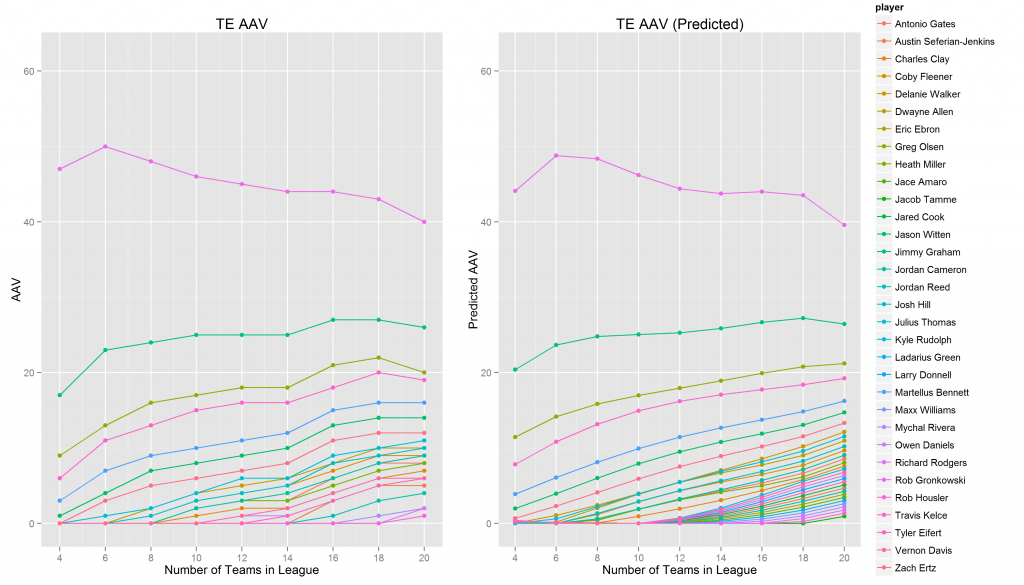 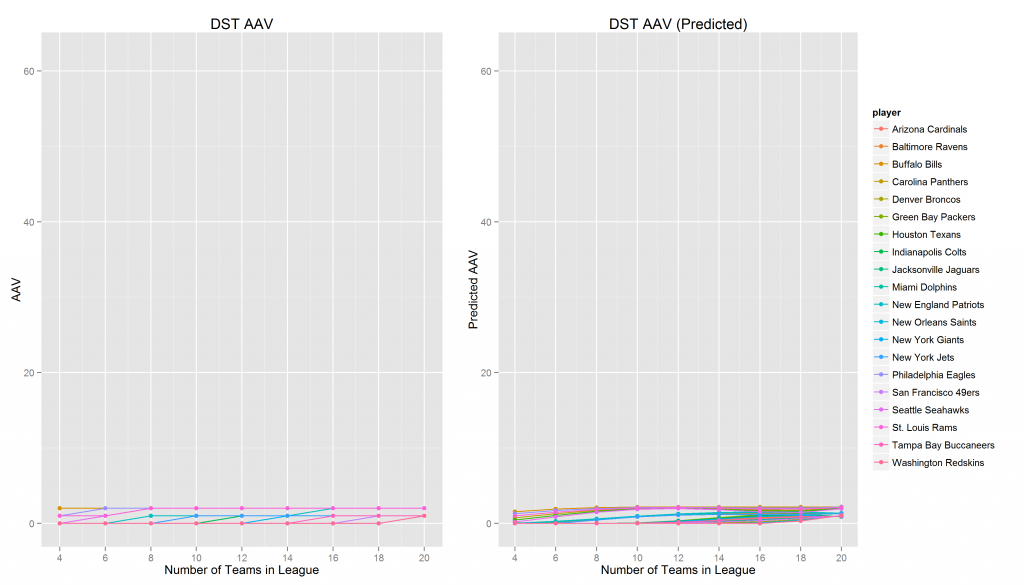 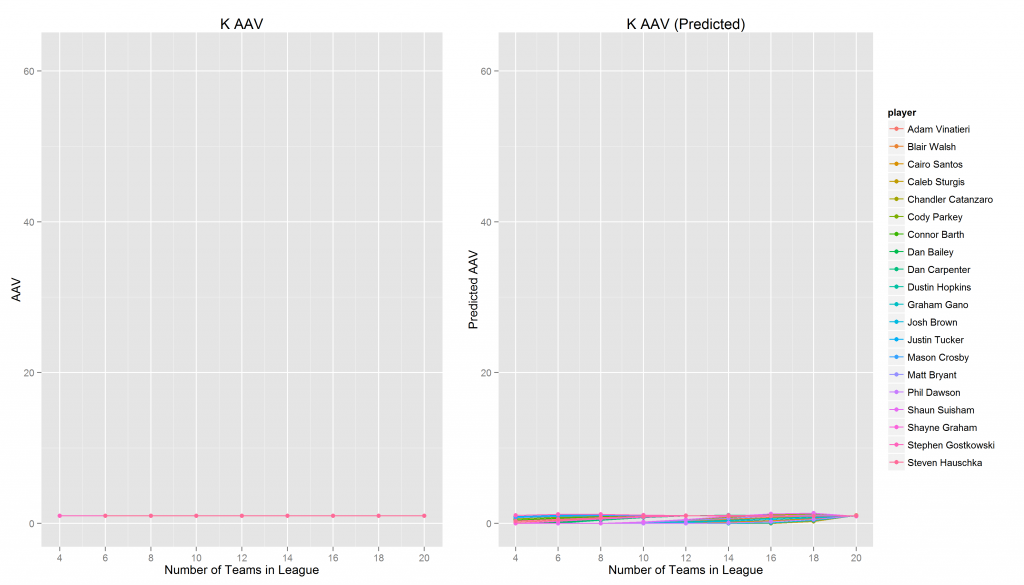